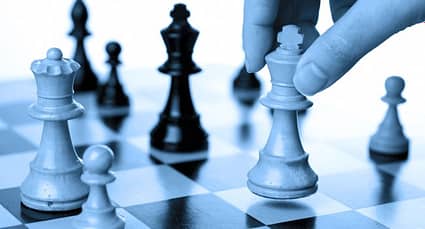 Here’s a brief note on the UK election and the implications for markets. We will leave the political analysis to those better placed than us to deliver it. Our only observation is that this is a pretty unprecedented outcome. Few if any of the current political elite were preparing for this result or have any experience of operating within a hung parliament with (what looks to be) such a slim majority for the Conservative/DUP coalition. We would prepare for more surprises to come.

From a market perspective, in the very short term (the last 24 hours!) our GBP portfolios look to be up a little bit. The main reason for this is that sterling is around 2% weaker against the other major currencies which boosts the value of overseas unhedged equity holdings by a similar amount. More broadly, classic safe havens (such as gold, government bonds and the Japanese Yen) have barely reacted to the news. If anything, UK gilts are down a very small amount as we type. This means the UK election and political mess remain very much a local UK problem. Within the UK, domestically focussed businesses are under-performing global ones this morning but this is most likely simply the effect of weaker sterling rather than the result of broader concerns about UK plc. Equity markets have been drifting up in an eerily straight line all year. We have been waiting for and expecting a catalyst for a sell-off. Our bottom line is that this doesn’t look to be it.

If not this, then what will shake the equity market out of its current bull market? Our view continues to be that economic data has a Goldilocks quality to it. Not too hot to make investors worry about rising inflation and interest rates. Not too cold so the worry turns to whether there is a new recession round the corner. Our view is that inevitably the global economy (most importantly the US, but also China and Eurozone) will slowly move in one of these two directions: too hot or too cold. The risks look fairly evenly balanced to us so, for now, we have the most neutral and diversified book we have had in the last few years. We are ready to react as and when either scenario unfolds. For now, we are happy with our returns as we wait.

Will the UK’s position in the upcoming Brexit negotiations change at all? Recently, sterling has fallen when a harder Brexit has looked more likely. However, we are not sure that this is the driver behind sterling’s fall here. It is not clear that there is a majority in parliament that would support the old approach of looking to leave the EU customs union with no deal at all being a seriously considered option. This may push the UK towards a softer (and more market friendly) Brexit position. Longer term this might see sterling recover its recent losses. However, the spectre of uncertainty and a potential civil war in the Conservative party (if a new leader is elected) remains. It looks too early to be bullish on a recovery in sterling from here.