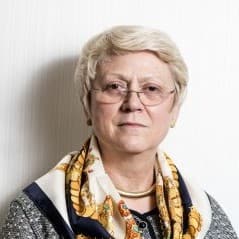 Donald Trump was elected President of the US in part because of his powerful slogan that put ‘America first’ and his strong belief that the rest of the world has been treating the US badly and indeed, unfairly, in terms of trade. Some may find this assertion strange given the global political heft the US has and not to mention the power of the global US corporations, especially the dominance of the US tech companies with their ability to avoid tax so well. The President’s ability to view all trade matters in terms of a simple profit and loss account whilst ignoring the capital account, plus the unique privilege of having the world’s reserve currency as its domestic currency seem to have warped his appreciation of just how international trade works.

The trade war situation is a very fast moving feast and so it is difficult to assess just where we all stand vis a vis the levels of world growth when the actual structure, if it might be called that, of the trade war changes so quickly. In addition there are not really many other historical trade wars that can be used as a good comparator from which to draw parallels or conclusions. So economists are really having to build models which some of us might be tempted to call “best guesses”.

Interestingly, one of the unexpected consequences of round one is the relocation of Harley Davidson’s production to serve the EU market where retaliatory tariffs have been imposed. Indeed in the event that we see a global trade war in full swing so to speak, then the biggest costs could come from a large number of similar moves to that made by the iconic motor cycle producer, in order for businesses to minimise the tariff impact. The other impact to growth would result from the decline of business investment, which might well be scaled back because of the uncertainty created by trade policy in general. Businesses we must remember, can only survive and thrive if they make profits and these profits need to reach a certain threshold to be worthwhile over the longer term for companies to remain viable.

Of course another key variable in order to estimate the damage done is just what is included by the participants in any trade war – just goods or are services included too?

The size of the manufactured component of global trade is perhaps surprisingly small, between 10 and 12 percent or World GDP. So even though it is quite likely that a serious trade war will indeed be damaging, if services are not included, then overall damage to growth is possibly in the realm of 2 to 3% if tariffs levied are in the region of 25%. This is actually a lesser amount of damage than the World economy experienced in the recent global financial crisis or even the Great Depression. It would be broadly comparable to the downturn experienced in the 1973 oil shock or the nasty recession in the early 1980’s which of course were not exactly good to have experienced. More importantly though, the imposition of higher trade barriers could have unpleasant longer term impacts. Such barriers would in all likelihood damage the long-term potential growth rate. Barriers are likely to reduce the current spate of productivity growth as well as stop the transfer of technology and general know-how. In effect it will roll back the process of globalisation and erase the gains made over the last few decades – perhaps this is the real intention of the main protagonist in order to maintain its hegemony in the global economy. Yet the gains made by rising economies such as China will not be rolled back by such a war although future economic gains and convergence with developed market living standards will be much slower.

With Donald Trump being at best unpredictable, it is so difficult to see through to the end of the current trade war. For example the last few months saw a surprising outcome from the Jean-Claude Junker/Trump meeting where the two decided to try to agree the removal of tariffs in the auto industry and complete a kind of free trade agreement between the US and EU.

How the current spat with China turns out is anyone’s guess and there are many views as to which economy will turn out the winner, but there is a serious chance of a real and damaging trade war breaking out, especially given the tone of President Trump’s address to the UN recently.

Meanwhile, on the Chinese front, it seems that with the rapid devaluation of the Yuan, which may or may not be deliberate policy to enhance international competitiveness for China, maybe currency war is the next episode unfolding.