On Mediaeval Doctors and Boris Johnson 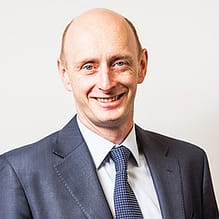 The old-fashioned mediaeval doctor would arrive at the hour of need, give his diagnosis and propose a cure (which, in the popular imagination at least, would always involve leaches). It is a well-known medical property that if a patient thinks he is getting cured this will often trigger a recovery even if the medicine has no benefit at all (this is called the placebo effect). Plus, of course, the human body can and will often heal itself. This meant that a good deal of the time our doctor was right, the patient recovered and he received his silver. If and when the leaches had no effect then, well, not all diseases can be treated and sometimes, for all of us, our time is up. (Needless to say, the doctor received his silver either way.)

Thus, what is essentially a charlatan could maintain the appearance of expertise with the public and earn a healthy living from. We bring this up because some economists have a little of the mediaeval doctor about them. Generally (around 6 years out 7) the economy grows and the economist is safe in his prediction that he sees no recession on the horizon. Every now and then he will of course be wrong but everyone is allowed to be wrong sometimes! And if he is skilled enough, hindsight bias will enable him to pluck enough choice phrases out of his old written work to suggest he correctly warned investors of the dangers and did, in fact, know something bad was on its way.

Making forecasts is hard, as Yogi Berra once said, especially about the future. Still, just because something is hard does not mean it cannot be done well. The book Superforecasting by Philip Tetlock and Dan Gardner attempts to provide a framework for how to improve for those in the forecasting business. Some of the lessons from this (and for those interested in making forecasts, we would encourage you to read the whole thing) are to think probabilistically rather than in terms of certain outcomes and to continually review these probabilities as new evidence appears. You also, of course, need the flexibility and humility to change views and decisions as new information comes in.

This brings us to Boris Johnson. As we have written before, the eventual outcome of Brexit looks to us to be either to stay, a version of Theresa May’s deal (maybe with some lipstick on it) or a no deal. A year ago we would have put these probabilities at 30% remain, 55% deal and 15% no deal. If anything we were probably guilty of thinking like economists (and considering the best economic outcome for all parties) rather than like the politicians who respond to the mood of electorate. The re-emergence of Nigel Farage and the Brexit party forced to Conservatives to tack to the right. And once the Conservative party was in the market for a new leader, it was clear that the candidates would have to make hard Brexit promises to the base to win that election. We shall see if those promises will be kept but the risk of a no deal Brexit is rising. Politically at least, the cost of backing down from a hardline leave at all costs approach have gone up for the UK and its politicians. We would have the odds today at 25% remain, 40% deal, 35% no deal.

From an investment perspective, our outlook shifted materially once Theresa May stepped down as leader. We therefore acted to reduce the assets we own that would be most affected in the short term by a no deal Brexit. For us this was our UK commercial property exposure that was held in open ended structures that are vulnerable to temporary suspension of redemptions (a la Woodford) in the event of an external economic shock. That said, our normal day job is to take risk. In many ways a no deal Brexit is exactly the kind of opportunity we would look to profit from. We have liquid portfolios and the ability to move quickly if we need to. If a short term shock creates the opportunity to buy assets we like at lower prices we will of course be working hard to buy them. It is a cliché to never let a good crisis go to waste and we aim to profit from whatever opportunities a no deal scenario might throw up.